Prayer Book of the Anxious

Josephine Yu is the author of Prayer Book of the Anxious (Elixir P, 2016), winner the Judge’s Prize of the 15th Annual Elixir Press Poetry Awards. Her poems have appeared in such journals as Ploughshares, The Southern Review, TriQuarterly, and Crab Orchard Review, as well as the anthology Old Flame: From the First 10 Years of 32 Poems Magazine. Mark Strand selected her work for inclusion in Best New Poets 2008. Thrice nominated for a Pushcart Prize, she won the Ploughshares 2013 Emerging Writers Contest, Meridian’s 2010 Editor’s Prize, the New Letters 2010 Poetry Award, and the New Letters 2010–2011 Readers Award for Poetry.

Josephine grew up in Atlanta, where she earned her BA and MFA from Georgia State University. She and her husband, Royal, moved to Tallahassee in 2007, so she could pursue her PhD at Florida State University. Josephine joined the faculty of Keiser University in 2012. She volunteers at Big Bend Hospice and teaches continuing education classes on a variety of topics, including poetry and feminist theory, for Leon County Senior Outreach and the Osher Lifelong Learning Institute. Josephine’s newest passion is officiating weddings.

•   In “True Confessions of a Lifelong Learner,” OLLI student and past president Fran Conaway describes Josephine’s class on feminist theory and romance novels.

•   In “Prayers, Postcards, and Poetry: How Josephine Yu Rewrites Religion and Refigures the Southern Woman,” Laci Mattison discusses religion and gender in Prayer Book of the Anxious.

•   In “Snowflakes in a Blizzard,” Josephine talks about her book, Prayer Book of the Anxious. 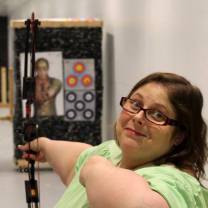